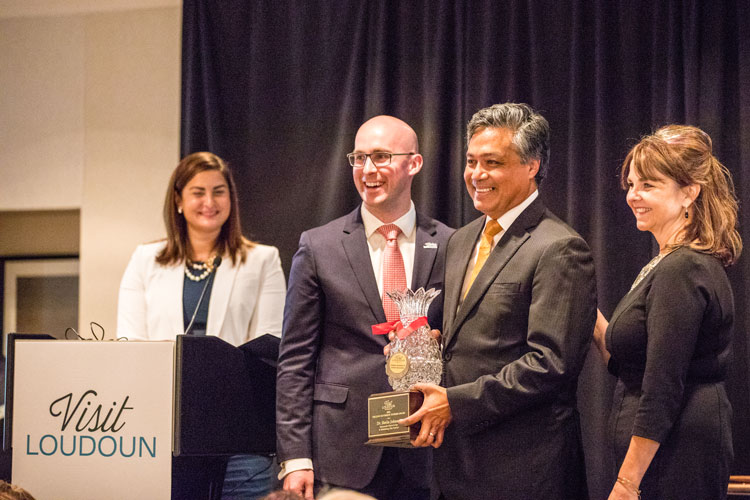 — Visit Loudoun honored Sheila Johnson, CEO of Salamander Resort & Spa and founder of the Middleburg Film Festival, with its most prestigious award at its annual meeting and tourism awards ceremony, held May 11 in Sterling.

Named for one of Visit Loudoun’s founding members, the Judy Patterson Award was established in 1998 to honor individuals and organizations that demonstrate an outstanding commitment to Loudoun County tourism. In announcing the award, Visit Loudoun President and CEO Beth Erickson pointed to not only the world-class facilities at Salamander Resort, but also the value of the Middleburg Film Festival, which was recently recognized as one of the world’s best film festivals.

Also taking home an award was German Lopez, grounds technician for Goodstone Inn & Restaurant‘s 265-acre estate. The award recognizes individuals who may not interact directly with visitors, but who play a central role in creating a seamless experience for visitors.

Congratulations to everyone recognized at the awards this year!