Six nominated for MBPA board 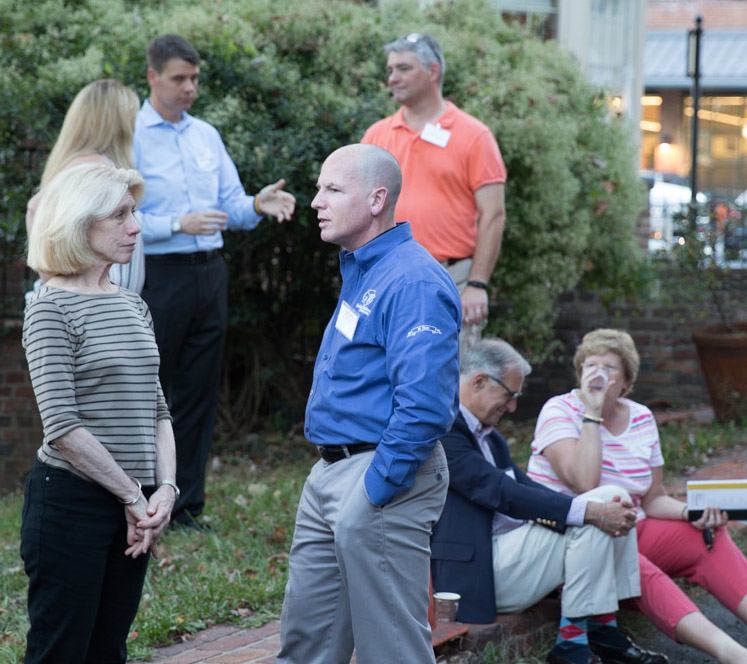 — The Middleburg Business and Professional Association received six nominations for two vacancies on its board of directors: Daniel Keyes of Middleburg Marketing and Events, John Kiernan of Golden Rule Builders, Punkin Lee of Journeymen Saddlers, Ken Reid of the American Water Resources Association, Olivia Rogers of the Middleburg Community Center and Kathy Jo Shea of Second Chapter Books. Election ballots will go out to MBPA members this week and must be returned by Nov. 1.

The election announcement came as part of the Oct. 10 Biz Buzz, hosted by Side Saddle Cafe and featuring an assortment of delectable desserts and mouth-watering nibbles, including pasture-raised meats straight from their farm, Fields of Athenry.

The meeting also served as an opportunity to highlight several openings in town, including the long-awaited openings of the King Street Oyster Bar (set for next week) and Mt. Defiance Cider Barn (which held its grand opening Oct. 7), as well as Hastening Antiques (which is moving to a new location on Madison St.) and Kizmets, an eclectic home furnishing store set to open on Washington St.

October is already proving to be a busy month in Middleburg, and that won’t let up anytime soon. The Virginia Fall Races are this Saturday, this weekend is Parents’ Weekend at Foxcroft School, the Middleburg Film Festival runs Oct. 19-22, the Aldie Harvest Wine & Food Festival is Oct. 21 and we’ll close out the month with “Hot Dog, It’s Halloween!” at the Middleburg Community Center. This year’s Halloween festivities trick-or-treating and pumpkin carving on the terrace at the community center starting at 4:30 p.m. and a children’s parade through town starting at 5 p.m., returning to the community center in time for the kids to enjoy hot dogs.

October is also Virginia Wine Month, which the Middleburg Business and Professional Association marked by releasing a new video focused on wineries. That’s reached more than 2,600 people so far, and MBPA’s reach on social media continues to grow, reaching 12,000 people on Facebook and 6,000 people on Twitter alone last month. The association also has more than 600 subscribers for its monthly email newsletter, which was started earlier this year.

If you want to stay up-to-date about what’s happening in Middleburg’s business community, be sure to join us for the next Biz Buzz networking meeting, which will be held Nov. 14 from 5:30-7:30 p.m. at Middleburg Bank.