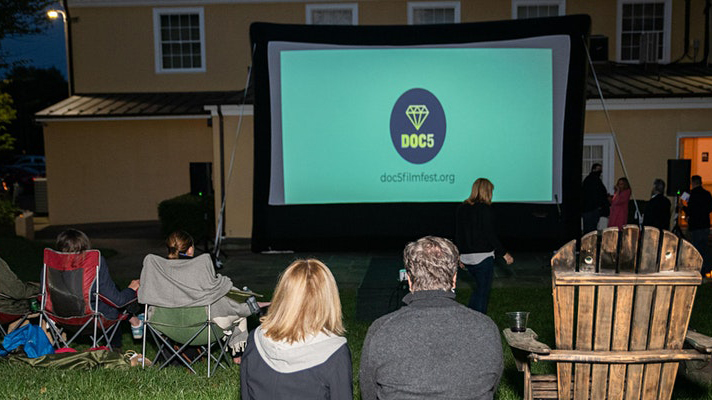 Join us for a diverse mix of this year’s newest and best documentaries, shown one per evening, on the side lawn of the Middleburg Community Center. Each film shows at dusk, approximately 7:30 p.m. with check-in, cocktails and gourmet snacks available starting at 6:30pm. We look forward to our community watching a film together, and then having thoughtful, respectful dialogue!

Bring chairs or blankets as we will be sitting on the grass, under the stars, or buy a commemorative DOC5 gray plaid Australian wool blanket when you order your tickets. In case of rain, we will move indoors to the main ballroom. Tickets are $20 per film. Space will be limited. Purchase tickets via eventbrite.com.

The gala dinner will be held on Saturday evening September 18, and costs $500 per person. This includes cocktails in the newly renovated Terrace Room, a gourmet dinner and a private showing of the groundbreaking film, “Paper and Glue.” There will also be a post-viewing discussion.

A small number of tickets will be available for a gala dinner in the Middleburg Community Center Ballroom on Saturday night, where we will be among the first audiences to see this ground-breaking new film, tickets are $500 per person, which includes cocktails and a gourmet dinner, followed by the film and post viewing discussion.

NOTE: tickets are not refundable, but you can transfer them to friends. Simply have them use your name at check-in.