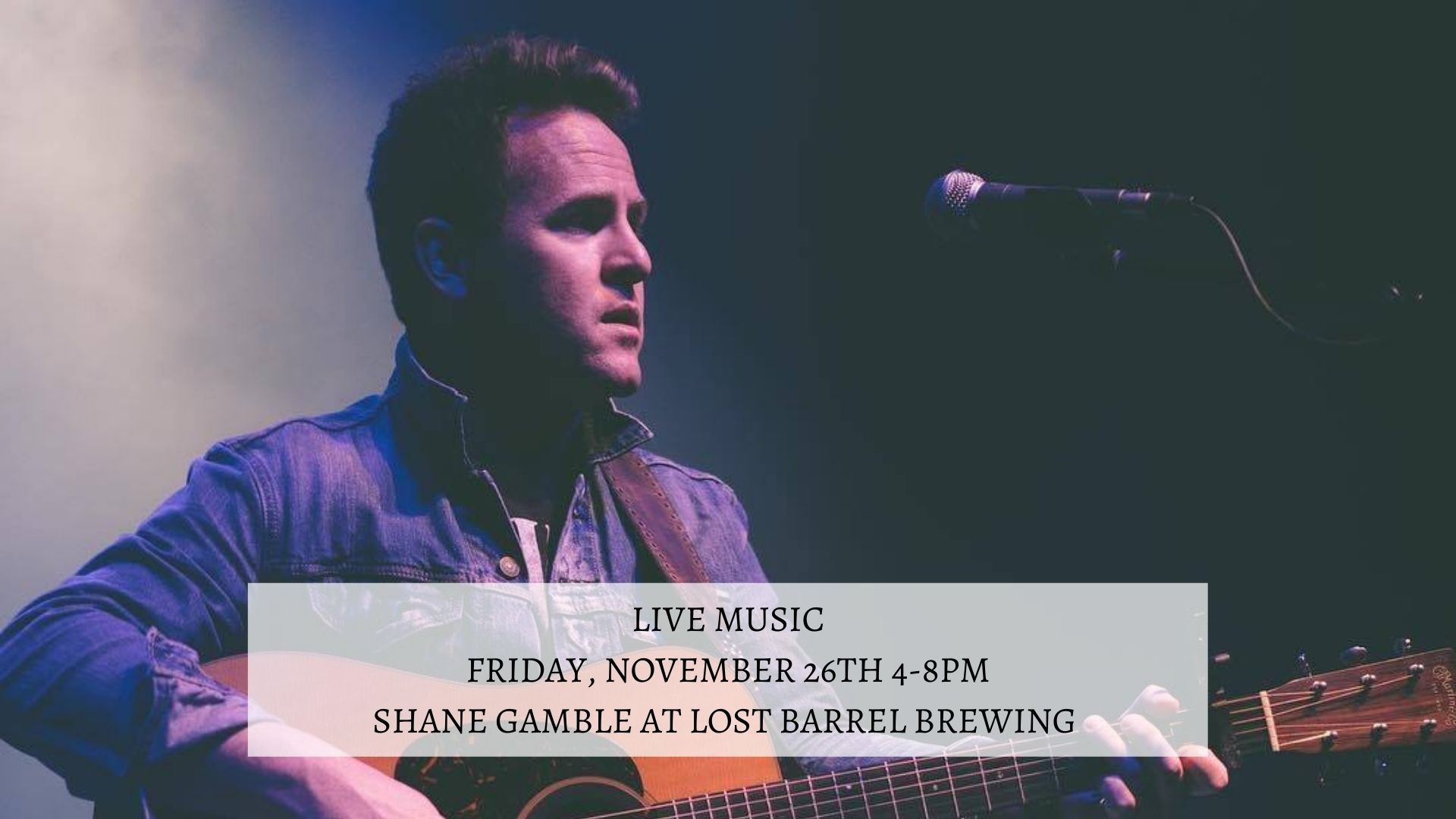 Join Lost Barrel Brewing for live music from the porch! Food, beer, wine and Hard Seltzer available. Family & dog friendly!
–
Maryland-based singer/songwriter, Shane Gamble is set to release a batch of new songs this coming June. This release builds on the success of his Billboard Top 40 single “Beautiful Work,” and breakout #1 single “Turn My Way”. The album will include songs like “She Takes Me There” and “These Old Boots”; both of which were included on Spotify’s “Fresh Finds”, and “New Music Nashville” Country Playlists.
Gamble spent much of the past two years on the road, testing new material while opening for top touring artists like the Eli Young Band, Lee Brice, Lo Cash, Grainger Smith, Phil Vassar, David Nail and Chase Rice. “The songs written for the upcoming album are a journey through the places I’ve been, the ups and the downs, and everywhere between. There are some rocking songs on this one, written with the live show in mind”.
Gamble’s sophomore release American Heart, featured twelve tracks which showcase Shane’s ability to seamlessly blend Country and Americana rock. Gamble co-wrote many of the songs for American Heart with Nashville heavy weight writers Derric Ruttan, Zac Molloy, Jay Clementi, and the late Andrew Dorf. In the studio, Gamble worked closely with Rick Beato, who not only produced “Turn My Way” for Gamble but is also credited with hits by NEEDTOBREATHE, Shinedown, Charlie Mars, and Parmalee.
Gamble’s music effortlessly straddles genre lines, sonically living somewhere between Eric Church and Tom Petty, his sound cuts straight through the heartland of American music, with a twist of the unknown.
Gamble says, “I’m so excited to let people hear this new music; 2020 has afforded me the time to really drill down deep and write songs that really matter to me. There were over 40 songs recorded, some produced at my studio in Maryland, and some in Nashville, covering a wide range of storylines. My team and I have narrowed the album down to about 20 songs; who knows, maybe a double album- title coming soon!”