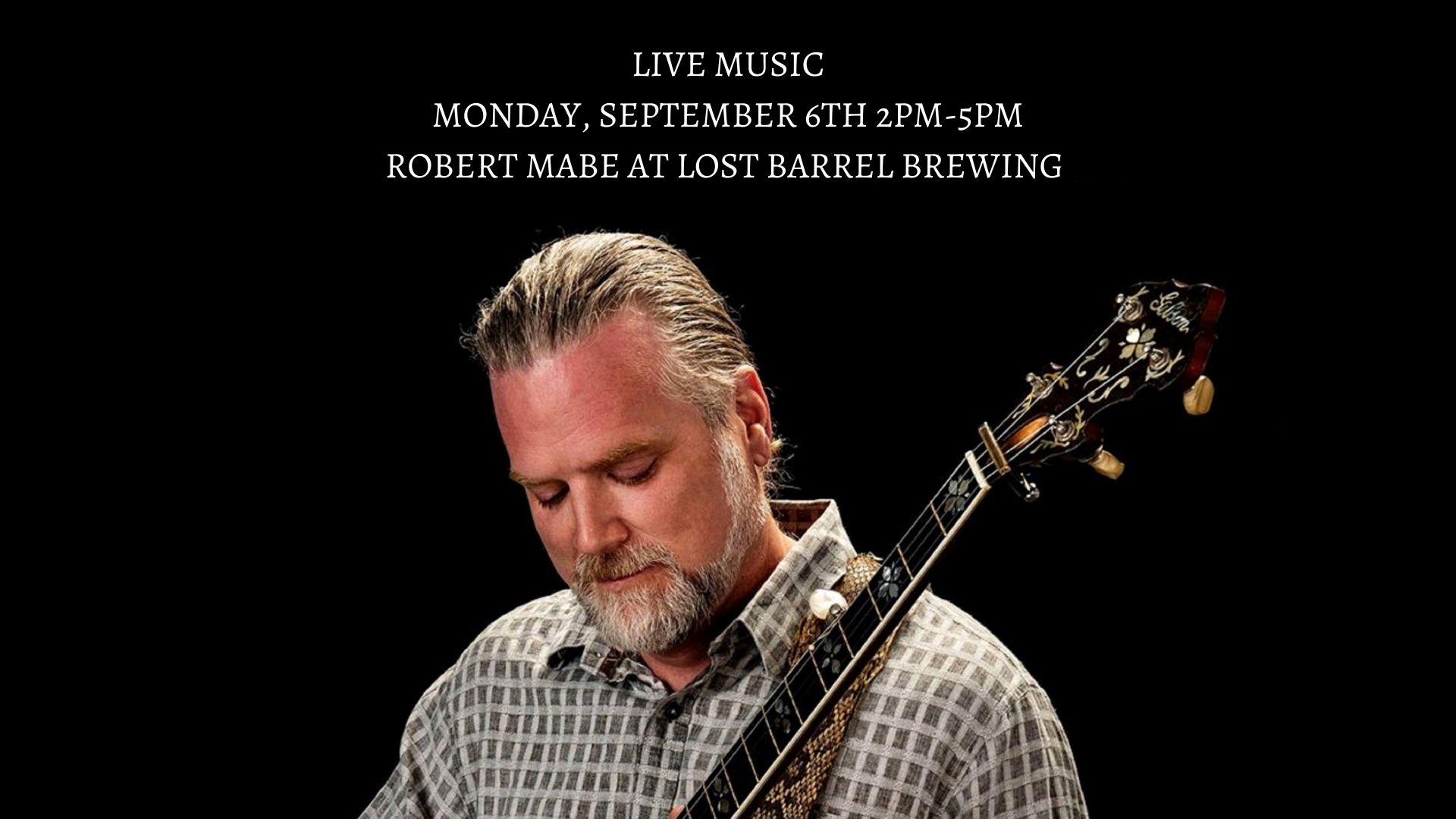 Join Lost Barrel Brewing for food, drinks and amazing music!
—
As a kid growing up in North Carolina, Robert was surrounded by many great bluegrass musicians. In fact, his grandfather was a guitar/bass player who also performed at The Grand Ole Opry. When his parents gave him a banjo at age 12, he began taking lessons and attending local bluegrass jams and he was soon hooked. Listening to Earl Scruggs, Bela Fleck, and all things bluegrass, he also became interested in other styles of music including Jazz, Irish, and Blues. While taking banjo lessons he would also seek out piano, guitar, and sax teachers to translate their styles to banjo. This was not just for the love of the banjo but also for the love of live performance.
Over the years, Robert has performed thousands of live shows across the USA and abroad. In 2013, Robert performed at Carnegie Hall.
He has recorded with many great musicians including Larry Keel, Clay Jones, and Patrick McAvinue. Roberts latest studio release, “Somewhere in the Middle”, was written and produced by Robert, showcasing his versitile songwriting skills and includes an all star cast of musicians. Currently, Robert is touring/teaching full time. In addition to festivals and music venues, he performs dozens of private events each year. You can find Robert performing with his band, “The Robert Mabe Band”, or as a solo act in both large and small venues.
+ Google Calendar+ iCal Export