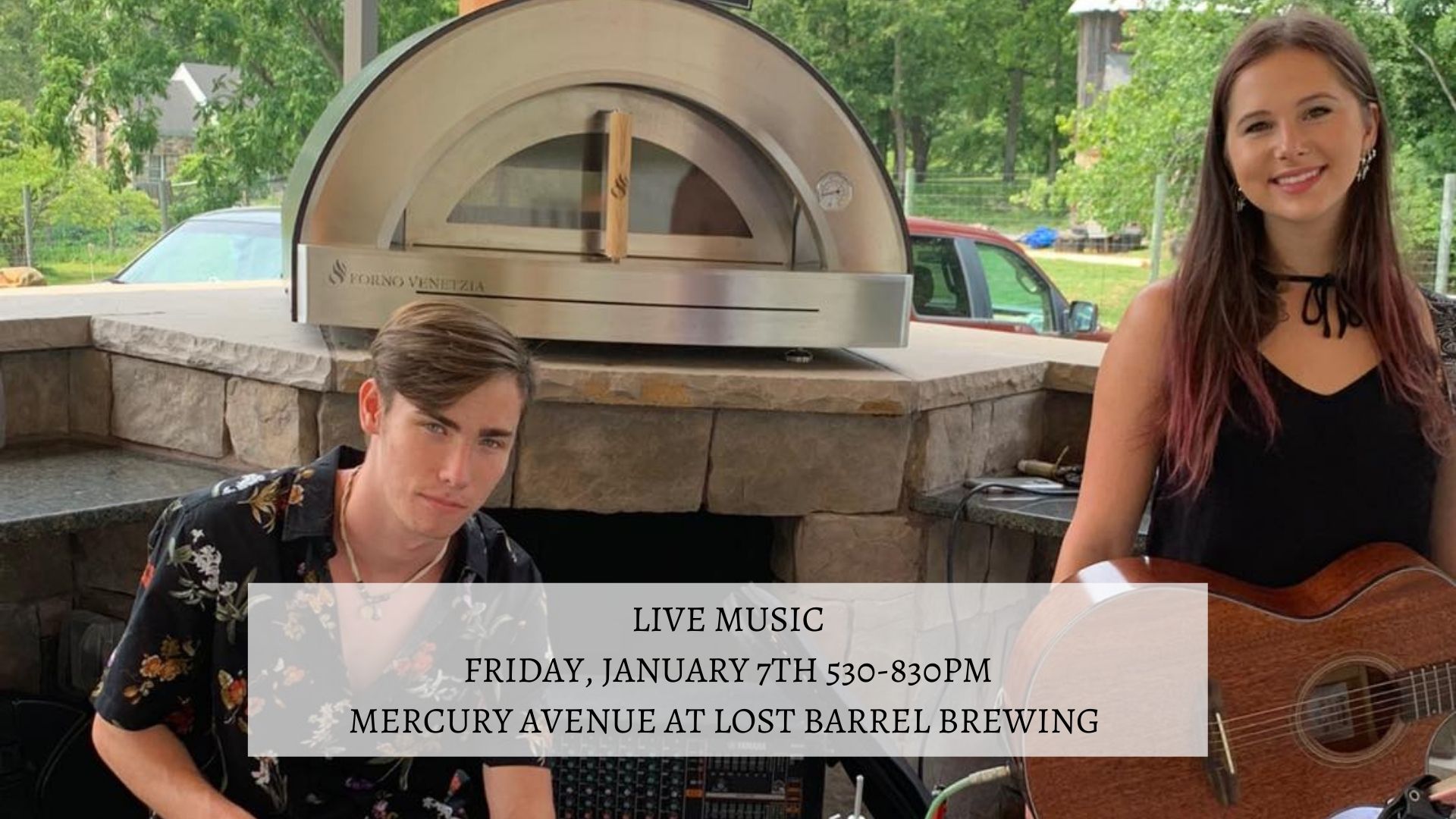 Join Lost Barrel Brewing for food, drinks and amazing music!
—
Comprised of Sophia on Vocals and Guitar and Jackson on Drums, the Haymarket, VA duo delights crowds all over the region, with a blend of music from the 60’s to present day.
Playing a wide range of genres, they take you on journey from ABBA to Zac Brown Band, with stops at Amy Winehouse, Cage the Elephant, CCR, Chuck Berry, The Cranberries, Fall Out Boy, Fleetwood Mac, Janis Joplin, Jefferson Airplane, Jimi H, Johnny Cash, Lady GaGa, Linda Ronstadt, Nirvana, Oasis, Pat Benatar, Patti Smith, Poison, Portugal the Man, Queen, Radiohead, Sharon Jones and the Dap Kings, Sublime, The White Stripes, TLC, Tom Petty, The White Stripes, ZZ Top, with even some whimsical salutes to Spongebob Squarepants — they are sought after for performances and return gigs and look forward to you enjoying a show.
Recent Awards:
— Best Musician/Band: 2019 Best of Prince William, by InsideNoVA
— Best Local Entertainer/Band (Haymarket/Gainesville 2019, by Piedmont Lifestyles Magazine
+ Google Calendar+ iCal Export