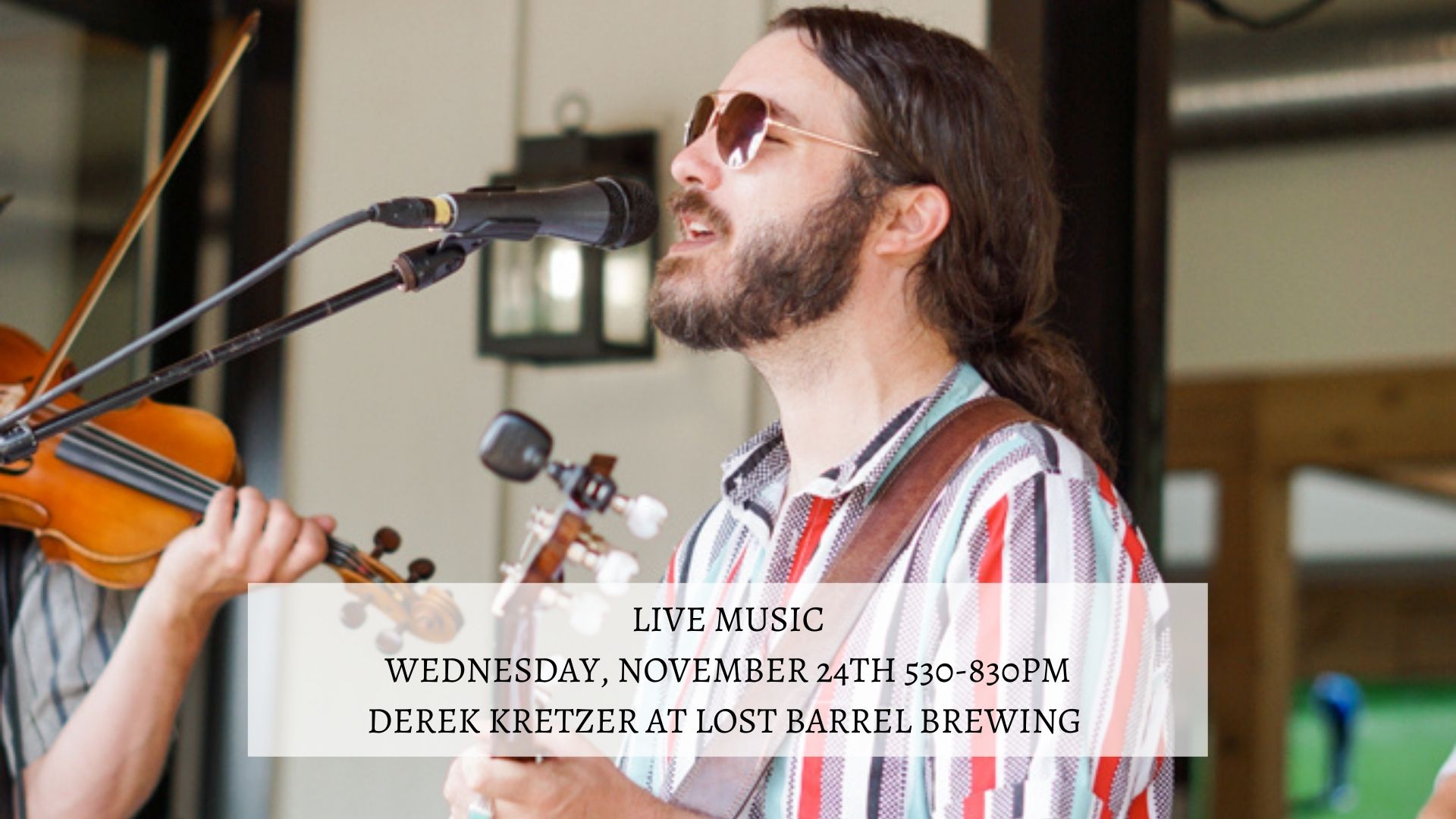 Join Lost Barrel Brewing for live music from the porch! Food, beer, wine and Hard Seltzer available. Family & dog friendly!
–
Derek Kretzer is a multi-instrumentalist most recognized for his banjo, lead vocal and songwriting duties in the popular progressive bluegrass group The Plate Scrapers. The Plate Scrapers have been touring the east coast for the past 6 years with 5 albums under their belt. Their latest album Destination Horizon was released in 2020 and debuted at #9 on the Billboard Bluegrass charts. When Derek is not playing with the Plate Scrapers he enjoys performing as a soloist and in various configurations of small ensembles. Derek brings in some of the best acoustic musicians around the area to create an interesting and entertaining live show that usually centers around original music, bluegrass favorites, country, folk americana and whatever else might be peaking his interest at the time.