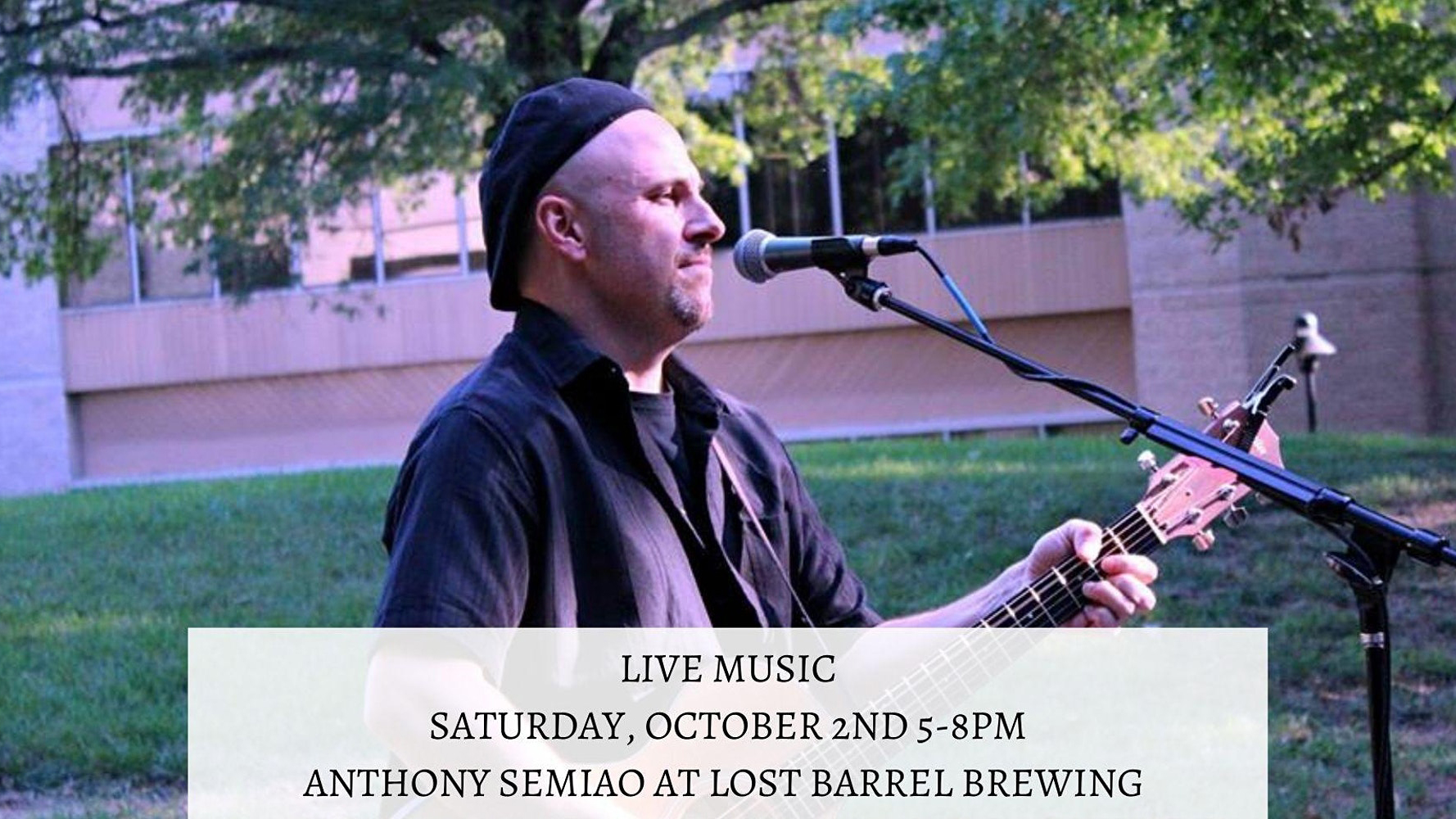 Music will be on the porch weather permitting.
—
Anthony was born and raised in Sayreville, NJ. If you know your rock ‘n roll trivia, then you know that’s home to John Bongiovi, better known as Jon Bon Jovi. Anthony grew up on the 80’s sound and the great “hair bands” of the era. While the 80’s synthesizer and the distorted electric guitar were at the forefont of Anthony’s music influences he also played acoustic guitar in folk and church groups.
As time has rolled on, Anthony has been influenced by music from all genres including artists like Eric Clapton, Rush, U2, CCR and the Allman Brothers. Living in the rural setting of western Loudoun County, VA has opened the world of country music influences too. At his core, Anthony enjoys taking classics from any genre and stripping them down to an acoustic guitar. You are sure to hear 70’s and 80’s classics arranged for the solo acoustic, contemporary takes on 50 and 60’s classics or some of the most recent chart toppers at Anthony’s shows.
—
*This is a free event, no ticket is needed!*