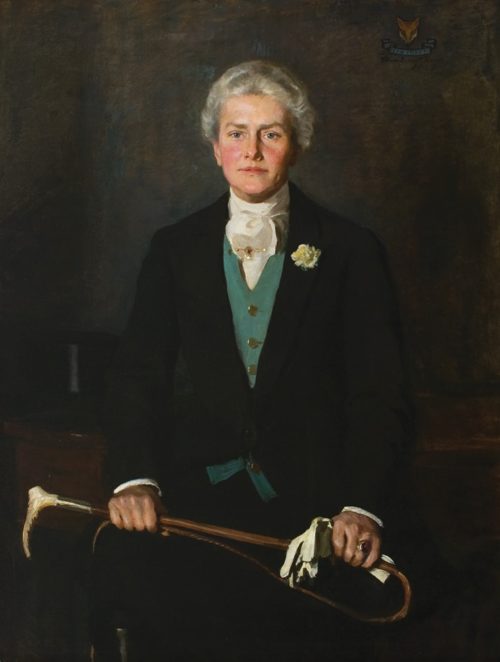 In 1936, on the heels of painting an official presidential portrait of Franklin Delano Roosevelt, Ellen Emmet Rand held a solo exhibition. Though she had been a professional portrait artist for over three decades, this show was a departure from the paintings of captains of industry, socialites, artists and children for which she had become known. The exhibit “Sporting Portraits” was held at The Sporting Gallery & Bookshop in New York City, and subjects included well-known sporting figures such as Fletcher Harper, Master of the Orange County Hunt; Dr. Howard Collins, Master of Millbrook Hunt; and Charlotte Noland, founder of the prestigious Foxcroft School and Joint-Master of Middleburg Hunt.

The exhibition “Leading the Field: Ellen Emmet Rand” and accompanying catalog gather together many of the same paintings from Rand’s 1936 show, as well as others, to bring to life the stories, personalities, and relationships behind these works. Rand lived a remarkable life as one of the first successful, professional female artists in the United States. She was a lifelong equestrian, active in American foxhunting circles, and proved to be significant within the context of sporting history and culture during the first half of the 20th century.

“Lady Masters Leading the Field” tour focuses on female portrait sitters in the “Leading the Field: Ellen Emmet Rand” exhibition – including Charlotte Noland, Harriet Harper, Evelyn Thayer Burr and Emily Davie – and the growing recognition of women as Masters of Foxhounds and skilled equestrians during the 1920s and 1930s.